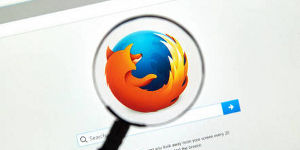 Mozilla Firefox have just launched Firefox Monitor, a great new tool to check if your email address has been compromised.

. Find out what hackers already know about you and learn how to stay a step ahead of them.

Firefox Monitor is essentially a more friendly interface for Have I Been Pwned?, a website referencing a database of several million emails (and associated data) that have been involved in publicly known past data breaches. ‘Pwned’ being a typo fuelled corruption of owned, a slang term for hacked or compromised.

Checking your email address is also well protected. Any address submitted is encrypted and converted to a string of letters and numbers (called a hash) , and then only the first 6 digits of this is then used to query the database.

Testing these sites ourselves quickly showed some of our personal emails being caught up in some quite high-profile breeches, namely the BitcoinTalk and Dropbox. Luckily we were aware of these at the time and took appropriate action.

Give it a try yourselves!

Even if you don’t check any addresses, Have I Been Pwned? has a created a consolidated list of websites that have been compromised in the past, which may help your understanding of the state of security on the web.

Has your address come up as compromised and not sure what to do next? Contact us!